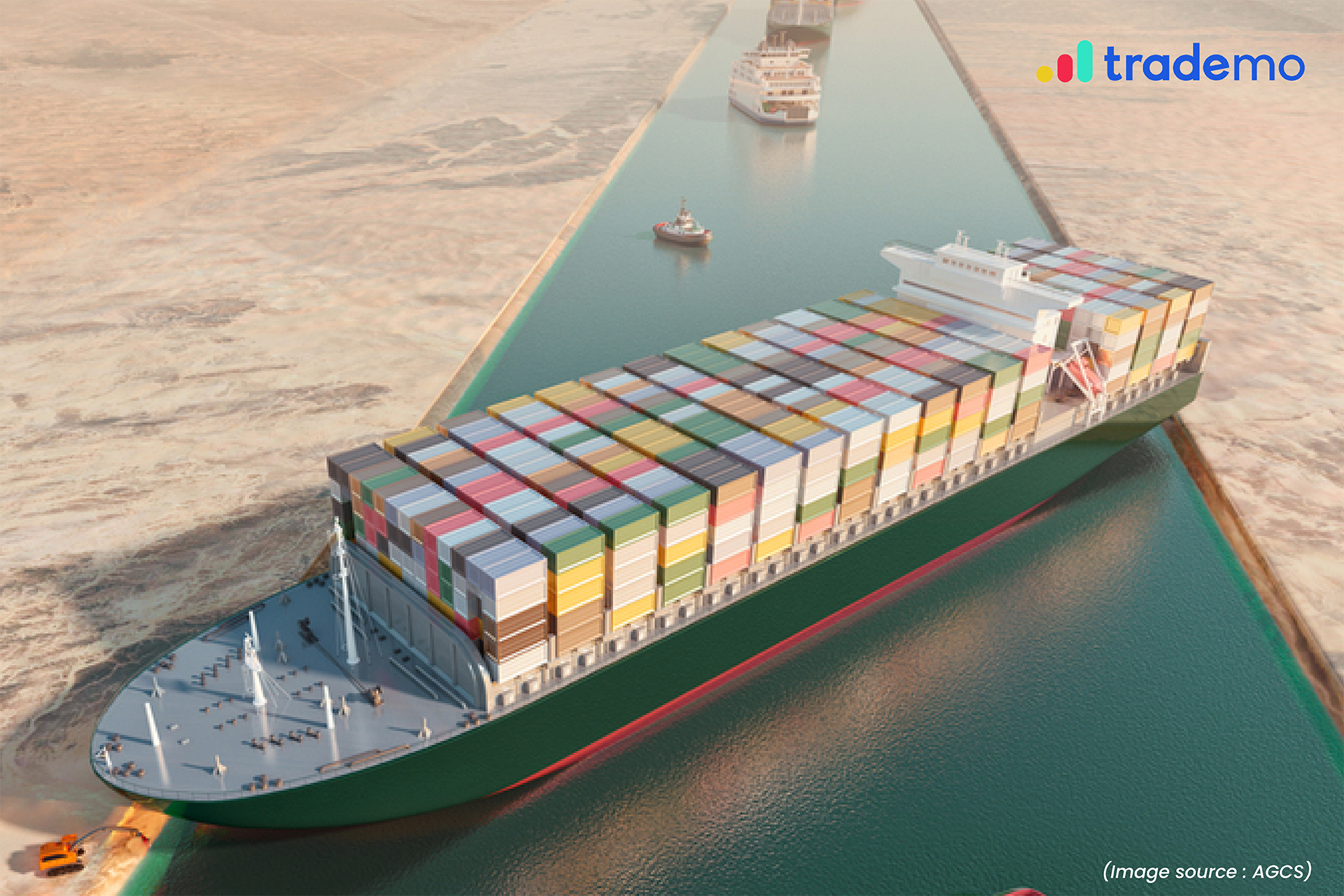 The Suez Canal is one of the most important maritime transportation routes in the world. It serves as one of the shortest links connecting the eastern and the western nations enabling them to transport goods across the globe in the least time period. The 193-kilometer long canal that stretches from the Mediterranean sea at Port Said to the Red Sea at Suez has always been an interesting topic of discussion in the arena of global trade.

Read More: What is Global Trade?

It was recently in the news as a Japanese-owned mega container ship called MV Ever Given wedged diagonally across the canal. It not only blocked the waterway in both directions for almost six days but also halted global trade. Ever Given is a 224000 toned and 400m long container ship that has the capacity to carry nearly 220,000 containers at a time. The mega-ship was en route from China to Europe.

What was the result of the Suez Canal crisis?

The Suez Canal was originally built to handle the movement of smaller vessels. Over the years, the channels of the canal have been widened as well as deepened to ensure the smooth movement of ships across this busy route. However, despite endless efforts to keep the canal perpetually functional, the route got disrupted when MV Ever Given ran aground the canal in March.

The Suez Canal crisis clearly highlights the vulnerability of the global supply chain and its huge dependence on waterways, especially this particular route. The impact of this incident didn’t just affect the Egyptian economy, but the tremors were felt across many countries.

The Suez Canal is a significant route for the transportation of many essential goods across the globe including oil and other hydrocarbons, furniture, auto parts, and clothing. Owing to the excellent location of the canal, it helps ships save approximately 7000 kilometers of travel from both eastern and western ends compared to the route around the southern tip of Africa.

How much does Egypt earn from the Suez Canal?

The Suez Canal is one of the major sources of income for the Egyptian economy. IT approximately earns an average of $15 million every day from this trade route. With the passage getting disrupted for almost a week, Egypt lost a considerable amount of its revenue.

Since many ships changed their route due to the heavy traffic caused by the Suez Canal crisis, Egypt fears further loss of at least 16% of revenue in the coming months.

It believes that other oil and gas routes may take away Suez’s business. This particularly includes the Israeli-Emirati planned oil pipelines that serve as a strong link to the Gulf’s oil to Israel’s ports. There’s another gas pipeline that links Israel, Greece, and the Greek Cypriot administration through the Mediterranean sea.

How did the Suez crisis affect the United States?

Amidst the turmoil, the U.S. trade and the economy as a whole remained relatively unaffected. The country was expecting to witness some serious damage since many goods are shipped to and from the U.S. through the Suez Canal route, however, the impact was almost negligible.

Unlike many countries across the globe, the U.S. has its global trade routes sorted which help the economy from facing such grave consequences.

Egypt nationalized the Suez Canal during the Suez crisis. What does this mean?

The Suez Canal was essentially converted into a useful maritime trade route by the French engineers in 1869. Since then, for the next 87 years, it was largely controlled by the British and the French. It served as an inexpensive shipping route for Europe for fetching oil from the Middle East.

However, after the end of World War II, the Egyptians pressed the British troops to evacuate the Suez Canal Zone and took over in 1956 under the leadership of President Nasser. The canal was nationalized and its toll charges were also revised to pay for the construction of a massive dam on the Nile River.

Ten years after taking over the Suez Canal, the Egyptian economy has shut down the canal following the six-day war fought between Israel and the Arab states of Egypt, Syria, and Jordan. For almost a decade the canal served as the front line between the Egyptian and the Israeli armies. Finally, the Suez Canal was reopened as a gesture of peace after long talks with the Israeli government and the long talked about Suez Canal crisis of 1956 came to an end.

Global trade in 2021: Plenty of challenges, but recovery insight 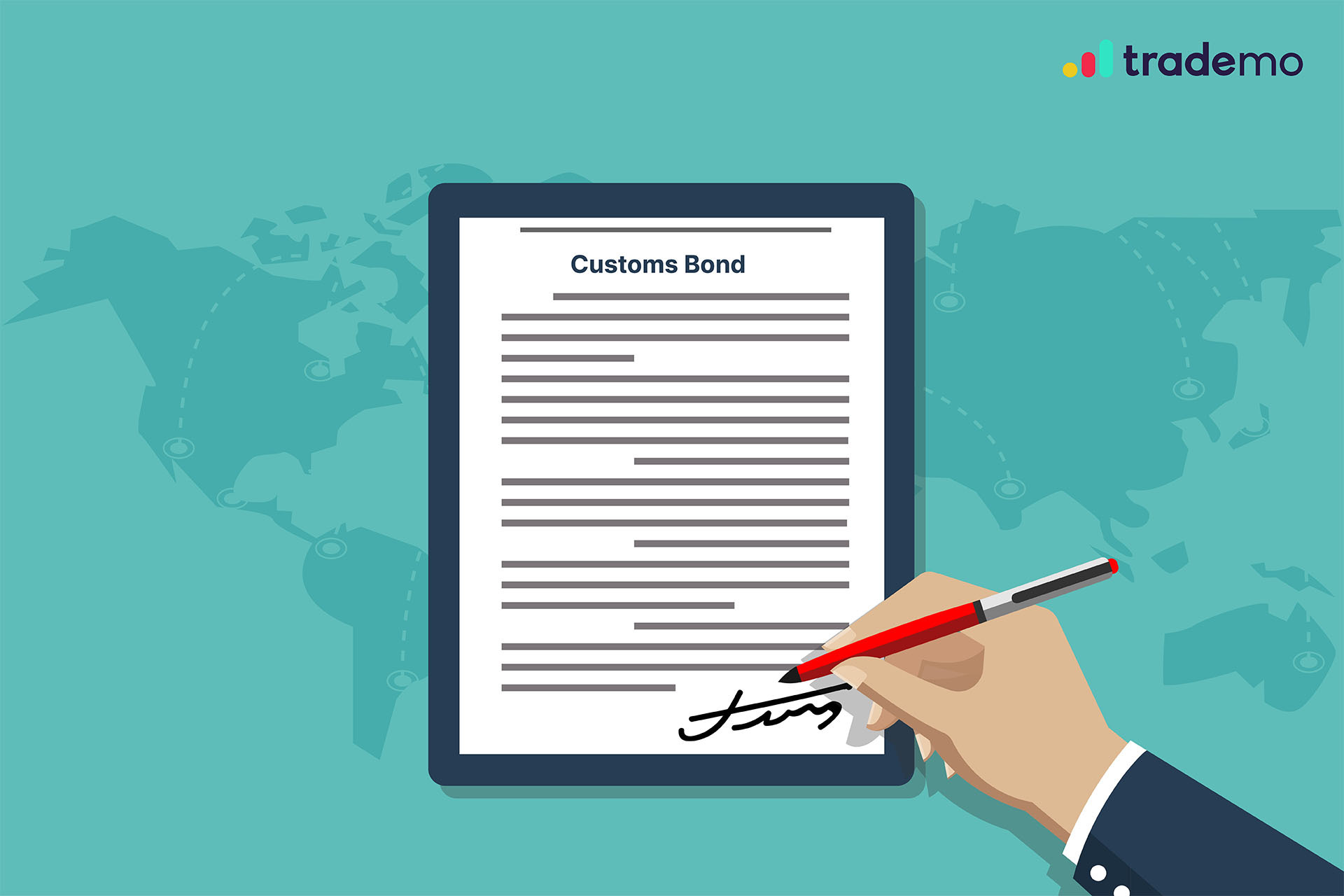 What is a Customs Bond and Why Do Importers Need One? 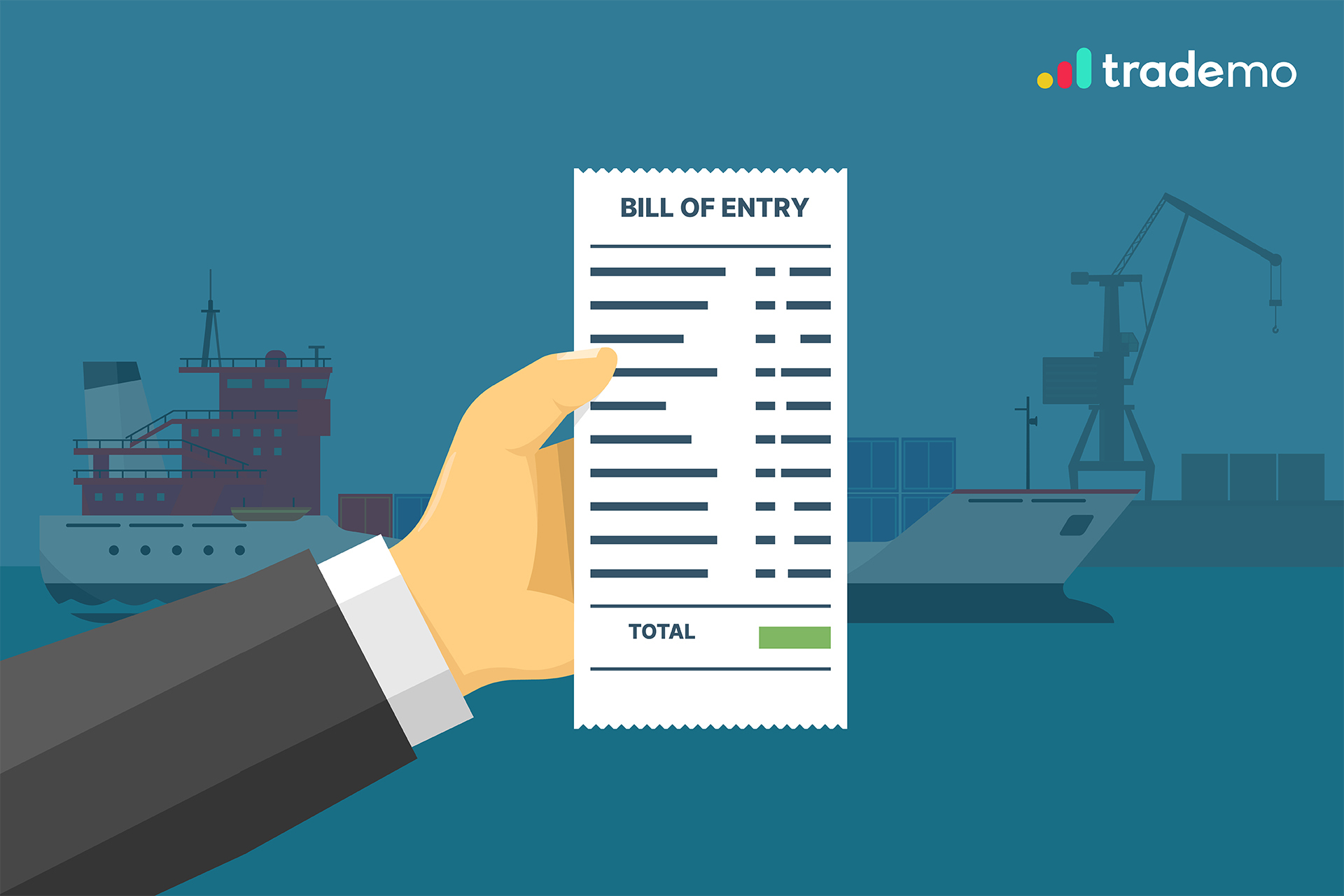 Everything you need to know about Bill of Entry 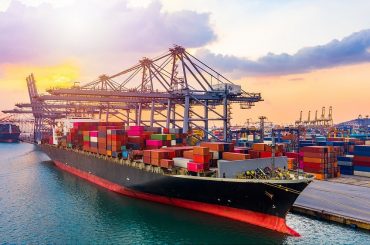